Yes – we got food poisoning!  Very sh#%ty (ha-ha, get it?).  And happened right after we were bragging that we never get sick when we’re travelling in the van… should have knocked on wood.  More about the food poisoning once I get you guys caught up on our travels.

In our last blog post, we were way up in the highlands of Guatemala, hiking in the Cuchumatanes mountains, eating cheese, drinking fresh milk and waking up to the mooing of cows and crowing of roosters.

From the highlands, we decided to make a quick stop at the gorgeous Lagunas Montebello, Chiapas before settling for a longer stay in San Cristobal de Las Casas!  Yes… Again!  Visit # 4 to San Cris.  Why, you ask?  Well, Easter was quickly creeping up on us and in Latin America, Easter is a BIG DEAL!  In Mexico, the whole country is on vacation for Semana Santa, which is the week leading up to Easter.  Mexicans are out and about en-masse, heading to the coast and other popular tourist destinations.  We decided that we would hunker down in San Cristobal for Semana Santa, enjoying the Easter festivities and avoiding the crowds on the roads.

We got a great campsite at Rancho San Nicolas on the edge of town.  San Cristobal was booming during Semana Santa and we enjoyed taking part of all the festivities including eating lots of street food, hanging out in the central square and watching traditional dancing and parades.  By the time Easter weekend was over, we’d been in San Cristobal for 10 days and while we enjoyed it, we were definitely ready for a change of scenery.

How Did We Get Food Poisoning?

On our last night in San Cristobal, I woke up feeling incredibly nauseous.  Lying in bed, I hoped – very optimistically – that maybe it was nothing, that it would pass.  I lay there a little longer and then, stomach churning, I realized NO, this was not going to pass!  I spent most of the night going back and forth to the washroom, the entire contents of my stomach being emptied out.  Gross.

I spent three full days resting in the van feeling nauseous and weak, unable to eat anything.  Just as I was starting to feel a little bit better, Marc got sick with almost the exact same symptoms.

So what was it that made us so sick?  Well, we figure it was either one of two things.  Apparently, salmonella poisoning is very common in San Cristobal.  In fact, we met and heard about several other tourists being diagnosed with salmonella while we were there.  Salmonella can exist in your system for 6-72 hours before you get symptoms, which could explain why Marc and I got sick with the exact same thing, a couple of days apart.  You can get salmonella from eating contaminated eggs, fruits or vegetables, all of which can carry the bacteria.

Our alternative theory is that we got sick from drinking our neighbour’s “Van-bucha”.  WHAT, you ask, is Van-bucha?  A very nice couple camping next door had made homemade Kombucha in their van (hence “Van-bucha”) and wanted to get rid of it so that they could start a new batch.  As a result of a combination of curiosity and politeness, we drank a couple of glassfuls, and that was the day before I got sick.  It’s worth noting that the Van-bucha neighbours also got really sick around the same time as us.  Hmmm.  Either way, I guess we’ll never know for sure!  Whatever it was, we were both very sick for about three days and it took well over a week to fully recover.

What to Do When You Get Sick Travelling in a Van?

We’ve had some friends ask how we managed being sick while living out of the van.  Well, now that we have plenty of experience we have some good advice to share with you guys!

First, it’s really important to be prepared ahead of time.  As we would recommend to all travelers, have Imodium, Gravol and electrolyte drinks on hand at all times.  Once you’re sick, it can be really hard to get yourself to a store to buy these things – especially if you’re in a remote area.  Over the week we spent sick, we went through a lot of this stuff.  One of our van neighbours was a nurse and she recommended drinking Electrolit (an electrolyte drink) to rebuild our strength.  This was such a good recommendation and it really helped us get back on our feet.

Second, depending on how sick you are, you’ll want to make sure to get yourself to either a full service campground where you can park close to the bathroom or if you’re not on a tight budget, abandon the van for a few days and book yourself into a hotel.  We were already in a good full service campground and to be honest, the effort it would have taken to get ourselves to a hotel didn’t feel worth it.  However, if we’d been any sicker or if the campground had been busier, we’d have needed to go to a hotel.  I should also mention that we have a composting toilet, which was available in case of emergency.  If you don’t have a toilet in your van, GO TO A HOTEL!

While we were taking turns being sick, the less sick person was responsible for running little errands, including buying medication.  It’s notable that the less sick person was NOT allowed to cook or eat in the van because as you know, it’s a small space and the thought of food was intolerable.  Even watching YouTube Vanlifers eat food in their videos was enough to make us want to spew.

If you’re sick and not starting to feel better in a few days, it would be a good idea to see a doctor (especially if you think you have food poisoning).  In Mexico, many pharmacies have Doctors on hand that you can see immediately for a very small fee.  Also, a number of pharmacies will give you antibiotics with no prescription, just based on your description of symptoms (maybe not the best idea, but… it’s easy).  We decided not to take antibiotics but if we’d been sicker any longer, that would have been our next step.

How to Stay Healthy in the Van

More important than what to do when you get sick in the van is how to stay healthy.  Just like any lifestyle, Vanlife is as healthy as you make it.  While travelling, we mostly cook vegetarian food and try to eat lots of fruits and vegetables.  Although we definitely treat ourselves to meals out, we cook most of our meals in the van, which I think is the best way to avoid food poisoning.  We wash our fruits and veggies carefully but we don’t use any special fruit and veggie cleaning products they sell in Mexico.  Do any of you guys out there use those?  If so, are they good?

We also try to stay active and do lots of walking and hiking.  This year, we brought resistance bands and a skipping rope for working out and we’re pretty happy with them.  We find it really hard to work out on a regular basis and I definitely don’t do as well with exercising as I do at home but I figure we make up for it in other ways… like by walking long distances to pick up groceries, climbing hills to get to the bathroom, chasing after Walter when he goes on the lam, etc.  We find that long driving days really wear us down so we keep our travel days short and get lots of sleep.

After being so sick in a cramped space, Vanlife quickly started feeling very UN-fun.  In addition to being sick, we were trying to finish up our Canadian income taxes, having major administrative issues with our Mexican AT&T SIM card and the day we got back on the road (still feeling not so great) we got pulled over by a cop trying to get a bribe.  In the depths of our self-pity (yes – first world problems), it was easy to forget that most of the time, we love van travel.

Finally, after 2 days of driving, we were reminded of the experiences that make Vanlife so worth it.  We had arrived at a little slice of paradise in Veracruz.  We were greeted at the campground by the caretaker, Ventura – the nicest man ever with a huge toothless smile.  The campground was quaint if not a little on the overly rustic side.  But once we got parked, Ventura pointed us down the pathway to what turned out to be a beautiful, freezing cold, turquoise river.  That first day we shared the river with some Mexican families but the second day, we had it all to ourselves.  We spent our short stay swimming, reading and chatting and having a beer with Ventura.  With the exception of the very bite-y flies, it was a real treat and we found it hard to leave.  Yet another place we’ve added to our “visit again” list.

After only 24 hrs in paradise, we had to hit the road and put some miles behind us to make up for the time we spent sick.  Our trip back through Mexico is now on fast-forward but we decided that for the few stops we make, we’ll make them count!

3 thoughts on “Dios Mio – We Got Food Poisoning! /// Southern Mexico” 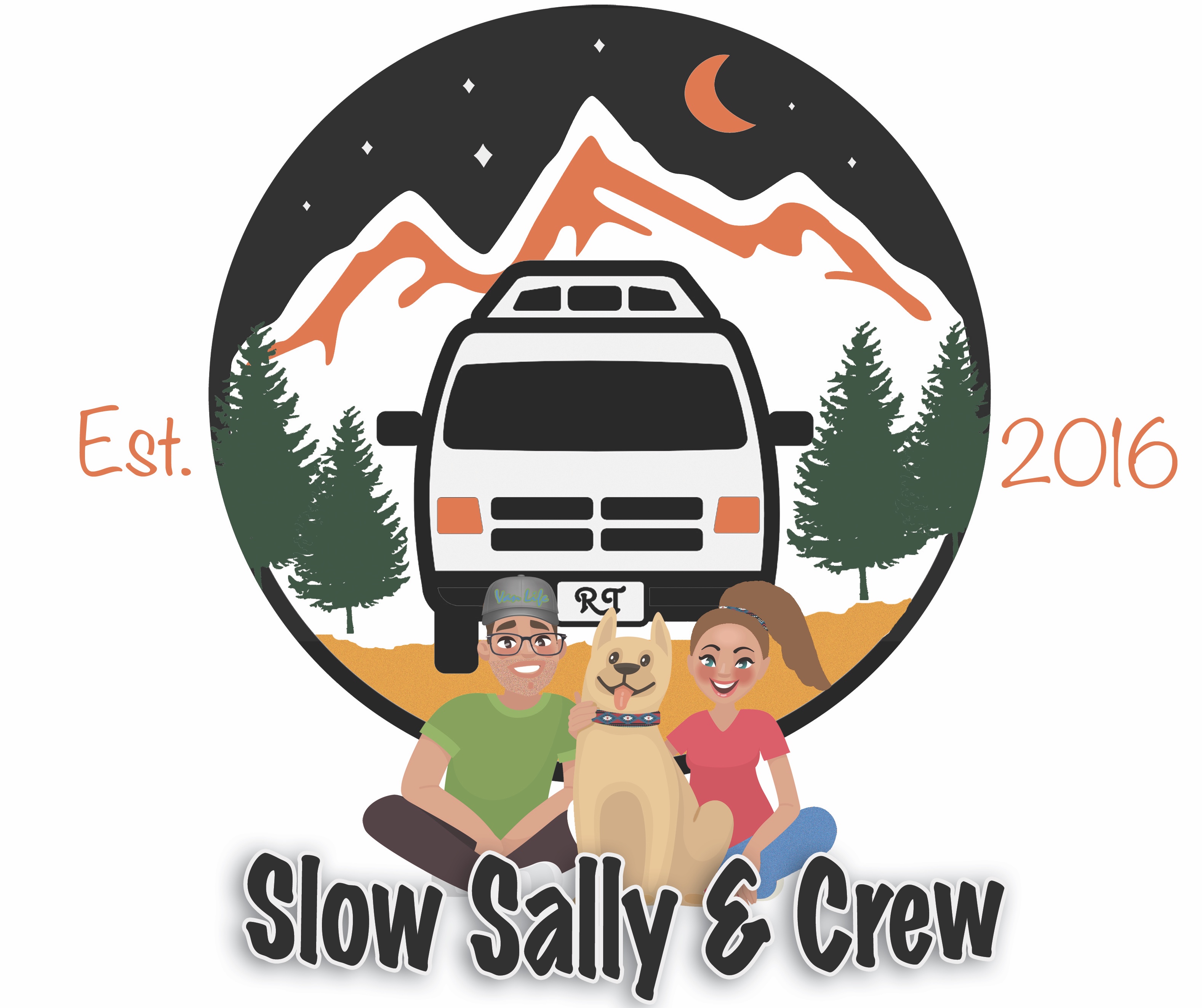